Bad debt Britain – unpaid bills are at their highest since 2009 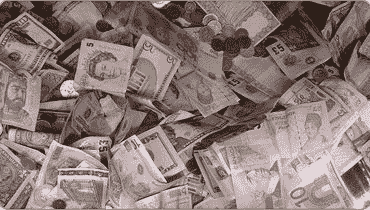 Latest ABI figures show that claims paid by trade credit insurers are running at over £4 million every week – their highest level since 2009. Over 200 firms every week helped by trade credit insurance. A record £340 billion of UK trade is being covered by trade credit insurers.
Insurance pay outs made by trade credit insurers in 2017 to help businesses get through challenging trading conditions were at their highest level since 2009 according to figures published today by the Association of British Insurers (ABI).
During 2017 high profile company failures included Monarch Airlines, Palmer and Harvey and Misco, which have continued into 2018 with the collapse of Carillion, Toys R Us and Maplin. With company insolvencies up 4 percent in 2017, UK firms continue to face challenging trading conditions at home and abroad.
The ABI’s annual trade credit insurance statistics highlight that:
– Claims paid to businesses due to non-payment of debts in 2017 totalled £225 million, the equivalent of £4.3 million every week. This is up 7 percent on 2016, and the highest amount since 2009.
– In 2017 there were 11,017 claims. This equates to 212 firms being helped every week.
– The level of trade covered by trade credit insurance in the UK stands at a record £340 billion, up 7 percent on 2016.
– A fifth of policies covered businesses exporting goods or services overseas, with just over three-quarters covering domestic trade. The trade credit market continues to grow, with nearly 13,000 policies in force.
– Unsurprisingly, given a number of high profile insolvencies in the second half of 2017, the value of claims received in the last quarter of last year, at £130 million, was the highest quarterly figure since the first quarter, 2009.
Commenting on the figures, Mark Shepherd, ABI’s Assistant Director, Property, Commercial and Specialist Lines, said: “The failure of a number of high profile businesses, such as Monarch Airlines and Palmer and Harvey in 2017 and the recent collapse of Carillion, dramatically highlights the value of trade credit insurance. With over £4 million paid to businesses every week, trade credit insurance can make the difference between survival or demise following non-payment by a customer. The expertise of trade credit insurers is helping firms navigate challenging trading conditions, enabling them to expand at home and overseas, so helping Britain thrive. With the number of policies rising and insured trade at a record high, more firms are recognising that this cover is an essential business tool to help them assess the credit risk of potential business partners. But too many firms remain unprotected, and with intermediaries selling the vast majority of these policies, we need to raise awareness of the importance of trade credit insurance.”
Fill in the quick form on the link below to discuss how a credit insurance policy can protect your business against potential credit losses.

Get A Free Quote
)